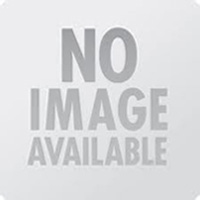 Private city schools can now run second shiftTIMES OF INDIA 20-DECEMBER 2012Manash Pratim Gohain TNNNew Delhi: Private unaided schools can now run a second shift after regular school hours. This shift, however, would have to be run as a separate entity with no common teachers or other school staff, according to a decision taken by the Delhi School Education Advisory Board on Wednesday.    Private schools have been asking for a second shift, saying it would put their infrastructure to optimum use and benefit more students. The DSEAB said maximum points wouldhave to be given to the neighbourhood criterion for nursery admissions. The board, which includes the education minister, principal secretary and director, education, also said that for admission into nursery, a child cannot be older than three years, 11 months and 30 days as on March 30 of the academic year in which admission is sought. The upper limit for KG is exactly a year more than the nursery limit and two years more for class I. Panel to work out shift details    The Board, however, decided that some relaxation in upper agelimit for children with special needs would be worked out. The lower age limit for nursery class is three years.    The DSEAB had been asked to give its opinion on double shifts in private schools. A south Delhi school had gone to court over the matter. Apart from education minister Kiran Walia, Wednesdays meeting was attended by 15 members and a special invitee.    While allowing second shifts, the board also was decided that a committee would be constituted to work out the details.    According to R C Jain, president, Delhi State Public Schools Management Association, who is also a member of the board, The second shift schools will be a separate entity with a separate set of teachers and there will be no compromise on salaries. Moreover, there will be no transfer of first shift students to the second shift. The admission criteria in the second shift will be same as that of the first shift with 25% reservation for EWS category under RTE Act.    Schools which will be following the point system in the new admission season starting from January 1, 2013 have been asked to give maximum weightage to distance from school. Information gathered from Internet from Click Here